In 1968, Louis Violet, aka « Loulou » while working as a lab assistant in a refinery (and as an awesome inventor!), fabricated his first cloth peg by cutting stainless steel from a washing machine drum and shaping it by hand with round tip pliers.


Helped by an engineer from Ugine, a French company well-known for its special steels, Louis selected the most appropriate material and developed a manufacturing process that remains unparalleled to this day.

Pincinox, the stainless steel and unbreakable peg was born.
The patent is filed.

It was an exciting time: everything had to be done but Pincinox had no limits!

With his son Alain, Louis Violet, toiled around the clock in a refinery close to « l'étang de la Berre »  (In Bouches-du-Rhône in the South of France). In their free time, the two men developed the Pincinox brand and set up a small workshop at home, in the town of Vitrolles.

During the first years, as they did not have their own machines, Louis and Alain used to go to Marseille once a week to manufacture their pegs at a toolmaker's place. At that time, each peg needed eight manipulations to be made. Today, only three are necessary. A jack of all trades and an expert craftsman, Louis gradually designed his own tools and finally set up his machines in his workshop.

When he was not in the workshop, « Loulou » regulary put on his business hat. Accompanied by his wife, Jeannine, he canvassed hardware stores and local companies, proudly displaying his pegs sewed onto a piece of pink neon card.

Pincinox sets out to conquer the world!

By 1992 Alain and his wife Josiane ran the business but Louis never used to be far away because he loved the workshop atmosphere.

Pincinox grew and developed in France and internationally, with retailers in Europe, United States and Autralia.

In 2001, the company sold 2 million steel pegs and had 7 employees working from the old workshop.

In the mid 2000’s, the company suffered unfair competition from an inferior copy manufactured in China. Unlike Pincinox pegs, which are stainless and unbreakable, this imitation would break and rust. Sadly due to this knock-off, the family-owned company had to make cutbacks.

Despite hardships, Pincinox benefited from the continuing loyalty of its existing customers and reached new customers during a period of a growing desire among people to adopt a sustainable lifestyle and a more respectful way of consumption. Pincinox is truly alive and stainless! 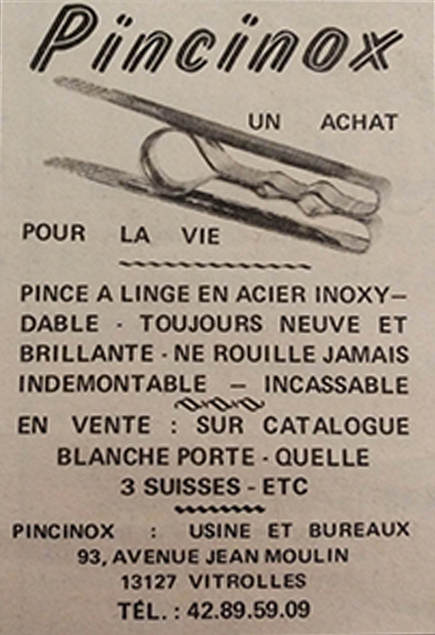 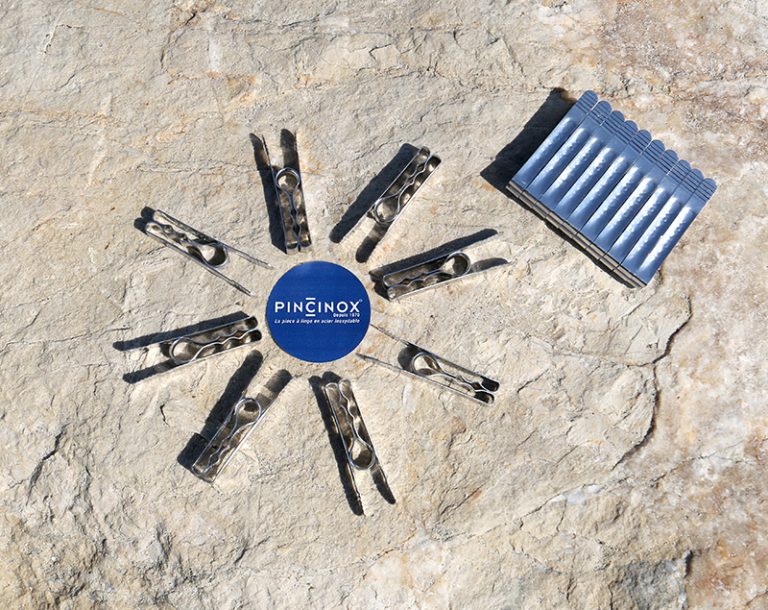 Pincinox is alive and stainless indeed!

Loulou Violet passed away in 2015, but thanks to his children The Pincinox story goes on and the French know-how is spreading worldwide!